An Update on the DSM-V Campaign

Even with the counter-campaign against it declared by the National Organization for Women (NOW), the campaign started by Fathers & Families to support the inclusion of Parental Alienation in the fifth edition of the Diagnostic and Statistical Manual of Mental Disorders (DSM-V) has been greatly successful.  The DSM, considered the diagnostic "bible" of the American Psychiatric Association's, is undergoing its fifth revision, and a group of 70 mental health experts from 12 countries are part of an effort to add Parental Alienation to this edition of the manual.
Fathers & Families, a renowned pro shared parenting organization, asked their members and sympathizers to send letters to the DSM-V Task Force in support of their effort, and so far, thousands have responded to their call.  Dr. Darrel Regier, vice chair of the task force, recently declared that their Task Force has "… gotten an enormous amount of mail -more than [on] any other issue."
To ensure that the Task Force understands the severity of Parental Alienation, Fathers & Families is urging its followers and every person concerned about our children well-being, to keep their enthusiasm and to keep on writing letters to the committee, telling their stories and explaining that Parental Alienation is a real mental health problem and needs to be taken seriously by our health and legal professionals.  You can do it through their website; to do so, click here. 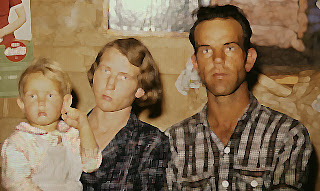 We've all heard, at times with some incredulity, that women like bad men, that the surest way to lose a woman is to be kind to her, that if a man is too good, sooner or later your partner I leave it for a son of a ... Before discarding the idea as popular nonsense, please refer to a study titled “The supermom trap:  Do involved dads erode moms' self-competence?”.  This study, conducted by Osaka University of Commerce researcher, Takayuki Sasaki, with Nancy L. Hazen and William B. Swann Jr., his colleagues at the University of Texas, focuses on parents and their attitudes toward each other's parenting styles, using a sample of 78 dual-earner couples with 8-month-old infants.

The study gives evidence of two not-so-surprising facts.  First, that when wives perceived that their husbands were capable caregivers, the greater the husbands' contribution to caregiving and the more time they spent solo with children, the lower was their sense of self-competence.  Although mothers of the sample wanted fathers to take part in childcare, when fathers did it, and when they did it a lot and well, mothers' self-esteem suffered.  Men showed no such trend.

Sasaki believes that this is the result of cultural norms:   "In American society, women are expected to take a main role in parenting despite increasingly egalitarian sex roles…  (…)  Thus, we believe that employed mothers suffer from self-competence losses when their husbands are involved and skillful because those mothers may consider that it is a failure to fulfill cultural expectations."

The second discovery of the study was that wives only approved fathers' parenting when it was like theirs.  When dads deviate from mothers' expectations, they tended to be criticized.  Sasaki told LiveScience ("Helpful Dads Can Hurt Mom's Self-Esteem") that many wives would say care-giving by their husbands is helpful, but at the same time, they would give their husbands negative feedback because their care-giving style was different from their own.
Posted by Vidal Guzmán No comments:

Germany and Children’s Right to Have a Father 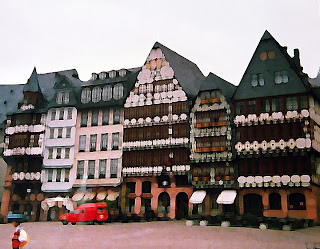 I have said many times that our struggle is not a speed race that will be won in a sudden blow, but a marathon that will be won with endurance and patience.  I have said also that our struggle has to be counted as the sum of many battles that have been won before and that are being won right now.  I have to add now that there are no small battles, that there are no negligible victories.

A man in Germany had a son out of wedlock.  When he requested custody of his son, it was denied because the mother refused.  He challenged the decision and went to the Constitutional Court.  This, the country's highest court, just have ruled that mothers should not be allowed to veto an unmarried father's request for custody, stating that such a veto is unconstitutional and discriminates against his parental rights (“Children Need Both a Mother and a Father”).

Until this ruling, in the cases of separated couples that have never been married, a father could only apply for custody if the mother agreed to.  The court ruled that, while the mother can continue to be initially granted custody, the father should be allowed to request it.

This ruling followed another by the European Court of Human Rights in 2009, which stated that German laws violated anti-discrimination laws and contradicted the European directive on the right to sustain and respect family life.

The German press greeted this judgement as a step forward of German family law.  The article in Der Spiegel that I am quoting quotes several of these enthusiastic responses:

"The constitutional court's decision on custody rights has put an end to an older, insensitive period of family law.  More than 60 years after the German constitution came into effect, it has finally fulfilled its duty to put illegitimate children on an equal footing with other children.  The judgement is a good example of the court's power to make the law adapt to changed family structures.  Almost every third child (in Germany) is now born out of wedlock.  The country's highest court is now trying, with much juristic finesse, to give these children the right to a father as well as a mother."

"First of all, a change in the law is required…  Unmarried and married fathers should be automatically given custody rights to their children when they are born, rather than having to apply for it."

"The reality is that the mother has long ceased to be the only important attachment figure in a child's life."

"The judgement is a step in the right direction.  Unmarried fathers will in future have a better chance of securing custody rights.  However, to get this chance they have to still drag their ex-partner to court.  This is not only an unnecessary burden on the courts, it is also a burden on the relationship between the parents, which provides the framework for any joint custody of a child."

"It would make sense to give both parents automatic custody rights when a child is born -- including if they are unmarried."

"It cannot be the case that the mother can block a father's custody of his child, and in doing so interfere with their relationship.  The law cannot abet these kinds of power games that happen when relationships break down.  This is about the welfare of the child.  And family law is still infused with the spirit of the past, a different family reality.  The new ruling is only reflecting the deep changes in society."

"Children need both a mother and a father.  (…)  Those who bring a child into the world together should share responsibility for it."

"Fathers are not per se the worst parent and mothers are not automatically the best.  Uncaring fathers and caring mothers -- these are clichés that since yesterday can be put where they belong: in the garbage can of prejudices."

"Of course the best thing is when a child lives with the father AND mother.  As a proper family.  But this ideal case is (unfortunately) not always reality."

"And if the parents split up, then there should be only one criteria for deciding who has custody: the wellbeing of the child."

For those who still had doubts about the power a lone man could have against the system: watch what just happened in Germany.
Posted by Vidal Guzmán No comments: