Family Courts and the RICO Act 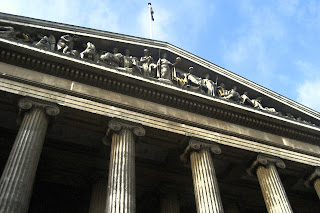 Many states have joint custody laws. In many cases, the absence of laws is not the problem, but the lack of commitment of the family courts with the enforcement of the laws. Laws exist, but judges and their courts do not follow them.

The crack through which judges are capable to betray the laws they pledged to defend, and to exert almost unlimited powers, is the so called “court discretion.” By using this resource, many family laws open the door so that the judge could decide when and/or how apply the law, as long as the could justify to do so, what in the real world translates to judges using any excuse to do whatever they want. (Remember that scene of the film V for Vendetta, on which government officers are about to rape the main character of the film using their “court discretion? Definitely, I am not the first one to notice that the concept of court discretion judicial has grim consequences for the administration of justice.)

This would not be that damaging if the court system would provide means to correct its mistakes, what the appellation process is supposed to be used for. The truth is that the court structure protects itself, the same corrupt way (did I say that I am writing from New Jersey?) that criminal organizations do, following the old rule: “one hand washes the other.” The legal figure that this form of cover-up assumes is the principle according to which an upper court owes deference to the decisions of lower courts. According to this erroneous principle, upper courts should assume that the lower courts were better informed than they are, and therefore, its decisions should be respected although the might look evidently incorrect. And since the principle or court discretion is applied by appellation courts…

The cycle of legal manipulation would be as follows: using its discretion the family court makes a decision that betrays family laws, the father appeals the decision, upper courts sustain the family court decision based on the notion that the family court knows more than they know: I repeat, one hand washes the other.

This ill intentioned manipulation of the law by the courts with the purpose of betraying them is not unusual. In the case of Brown v. Board of Education of Topeka (1954), the decision that in principle declared illegal racial segregation in schools in the United States, the text that instructed to stop segregation stated with deliberate ambiguity that the order should be executed 'with all deliberate speed'. Because there was no specific deadline, the courts used this ambiguity to delay the application of the decision for more than a decade.

We all have heard of the RICO Act. The Racketeer Influenced and Corrupt Organizations Act (commonly known as RICO Act or RICO) the federal law that penalizes criminal organizations. In one of its definitions, includes as “racketeering activity (…) (B section 1503 (relating to obstruction of justice), (…) section 1511 (relating to the obstruction of State or local law enforcement)…

My question is the following: Could a state institution, by performing an illegal activity, be considered a criminal organization? If that is so, could it be processed under the RICO Act? If that is so, could family judges be considered part of a criminal organization if in an organized way they participate in obstructing laws and obstructing state public policies o? I believe so, and I believe also that because nothing nor nobody, note even judges, is above the law, we should not tolerate that judges to continue betraying the laws that they are supposed to defend.

We, those who fight for our children, should question and defy the system that supports inequality and injustice. We cannot afford to be cowards. Our children are waiting.
Posted by Vidal Guzmán